Happy Canada Day, my fellow Canadians! As I was laying in bed this morning, I realized that I’ve posted on this blog every single Canada Day so far. First it was 10 Great Canadian Reads for Canada Day, then it was A #CanLit TBR. I really hate breaking tradition (and love sharing the CanLit love!) so I thought I’d share some new-ish Canadian titles that have really impressed me in the past year or so. (Fun fact: I’ve currently lent out 2 of 5 of these books to friends, so you know I’m serious about recommending them. So, please excuse their absence in the main photo!)

1.Daydreams of Angels by Heather O’Neill
This is the perfect book for the cottage! It’s a short story collection from a CanLit great: Heather O’Neill. O’Neill’s stories are whimsical, quirky, yet poignant. It’s such a great read. Read my full review of the book here.

2. This One Summer by Jillian Tamaki and Mariko Tamaki
Speaking of cottage reads, This One Summer is a beautifully written and drawn account of a young girl’s summer at the cottage. Coloured in shades of purple, the graphic novel is nostalgic, poignant, and a classic that I return to time and time again. Click here to read my full review.

3. Fifteen Dogs by Andre Alexis
You may remember this title from my #CanLit TBR! Well, more realistically, you probably know it for its 2015 Giller Prize win. I struggle between wanting to recommend Fifteen Dogs to dog lovers and telling them to avoid it. Why? In it, two gods are debating whether humans are better off for having self-awareness, and decide to test their theories by granting fifteen dogs self-awareness of their own. If the dogs die happy, then self-awareness is worth it. See how it’s a hard book to recommend to dog lovers?

4. This is Not My Life by Diane Schoemperlen
Remember when I said that there were two non-fiction titles that I couldn’t stop talking about? Well, This is Not My Life was one of them. You might recognize Diane Schoemperlen for her Governer General’s Award-winning Forms of Devotion, but in This is Not My Life, Schoemperlen gets a little more personal. The book is a memoir of sorts about her six year relationship with a prison inmate. Not only is her story incredibly fascinating, it also sheds some light on how complicated it is to date a prison inmate, how pesky ion scanners can be, and how Stephen Harper’s Tough on Crime initiatives affected the inmates (and their partners). I finished this book feeling that I knew another side of Canada a little bit better and I will not stop talking about this book!

Alright, friends! I’m off to the cottage to read now. Have you read any of the books I’ve recommended above? Do you have a new favourite Canadian book? 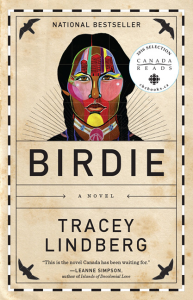 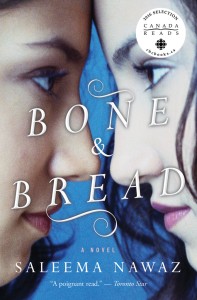 This morning, the 15th annual Canada Reads shortlist was announced! If you’re unfamiliar with Canada Reads, it’s basically a “battle of the books” competition. Over the course of 4 days, 5 panelists, moderated by host Wab Kinew, will come together to champion the book that they believe represents this year’s theme — starting over — the most. It’s always fun to watch, and even more fun when you’ve read all of the books!

So, this week, here are the books that I’m adding to my wish list: 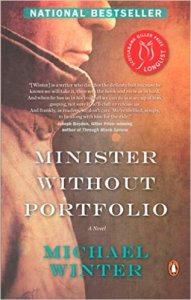 Do you watch Canada Reads? Have you read any of the books on the shortlist?

You may remember how I used to think Canadian literature was “uncool” and how over the past few years I’ve been trying to catch up and keep up on all of the amazing books Canada has to offer. Well, as you may have guessed, there’s a lot that I haven’t read yet, so I thought I’d share with you a portion of my CanLit TBR. (Of course, after I took the picture for this post, I realized I forgot to include Oryx and Crake by Margaret Atwood, which is definitely something I’ve been meaning to check out.) If, after reading this post, you’re looking for even more Canadian reads to add to your list, here are 10 books that I’d recommend! Now, on to my (incomplete) list:

A Complicated Kindness by Miriam Toews

One of my favourite books from last year was Miriam Toews’ All My Puny Sorrows. It was heart-wrenching, beautifully written, and helped shape my worldview. I’ve heard many great things about A Complicated Kindness, so I’m looking forward to being immersed in Toews’ beautiful words and thoughts again. (Fun fact: I didn’t know how to pronounce “Toews” until last year when I finally heard someone say it out loud. I used to pronounce it as “toes.” It’s pronounced “tay-ves.”)

The Inconvenient Indian by Thomas King

Canada has a deep (and dark) history with its Native peoples, and Thomas King’s The Inconvenient Indian aims to shed some light on the relationship between Natives and non-Native peoples in North America. As someone who would love to be more aware of issues like these, The Inconvenient Indian, which was one of the selections for Canada Reads 2015, has made it to the top of my Can Lit TBR. (Fun fact: Thomas King has been nominated for the Governor General’s Award for both fiction and non-fiction.)

This collection of linked short stories centres around a woman in Montreal who is suffering from a chronic illness. I’ve actually read the first story from this collection and it is beautifully written. I can’t wait to read more. (Little known fact: Chez L’Arabe was inspired by Silcoff’s own medical struggles.)

I picked this up at Coach House Books‘ spring launch and have been meaning to get to it since. Set in Toronto, this book imagines what it would be like if dogs had human intelligence. Need I say more? (Fun fact: To get into the heads of the dogs he was writing about, Alexis went around Toronto to try to imagine how different neighbourhoods would smell like to a dog. “In some ways that’s disgusting because you have to have shades of urine or shades of merde,” he writes in this article on the CBC website.)

This is actually an upcoming title from House of Anansi Press, but I’m extremely excited to dive in because I’ve heard great things about deWitt’s writing, especially in his previous book The Sisters Brothers. The back of the book describes Undermajordomo Minor as “a triumphant ink-black comedy,” which has me intrigued to say the least. (Fun fact: 2011 was a huge year for deWitt as The Sisters Brothers was nominated for the Man Booker Prize, Scotiabank Giller Prize, Rogers Writers’ Trust Fiction Prize, and Governor General’s Award for English language fiction alongside fellow Canadian writer Esi Edugyan.)

Have you read any of the books on my list? Is there anything that I missed and should read ASAP? If you’re in Canada, how are you spending your Canada Day?